The overarching context to the meeting was the increase in tensions globally, from the Korean Peninsula to the US-Russian relationship, that has brought the prospect of a nuclear confrontation perilously into focus. Reflecting on how such issues will affect the NPT Review Conference and PrepCom work, there was acknowledgement that a wide range of issues nominally external to the negotiations will have a deep impact. For example, allowing the Iran nuclear deal (JCPOA) to be destroyed would hugely damage the non-proliferation regime as a whole. Similarly, some participants highlighted that the issue of tactical nuclear weapons hosted by other states provides a troubling loophole which undermines the NPT. It was also pointed out that the three Depository States have a clear responsibility to ensure that the Middle East WMDFZ issue should not take the whole NPT process hostage and they must not seek to blame lack of progress on the regional States themselves. 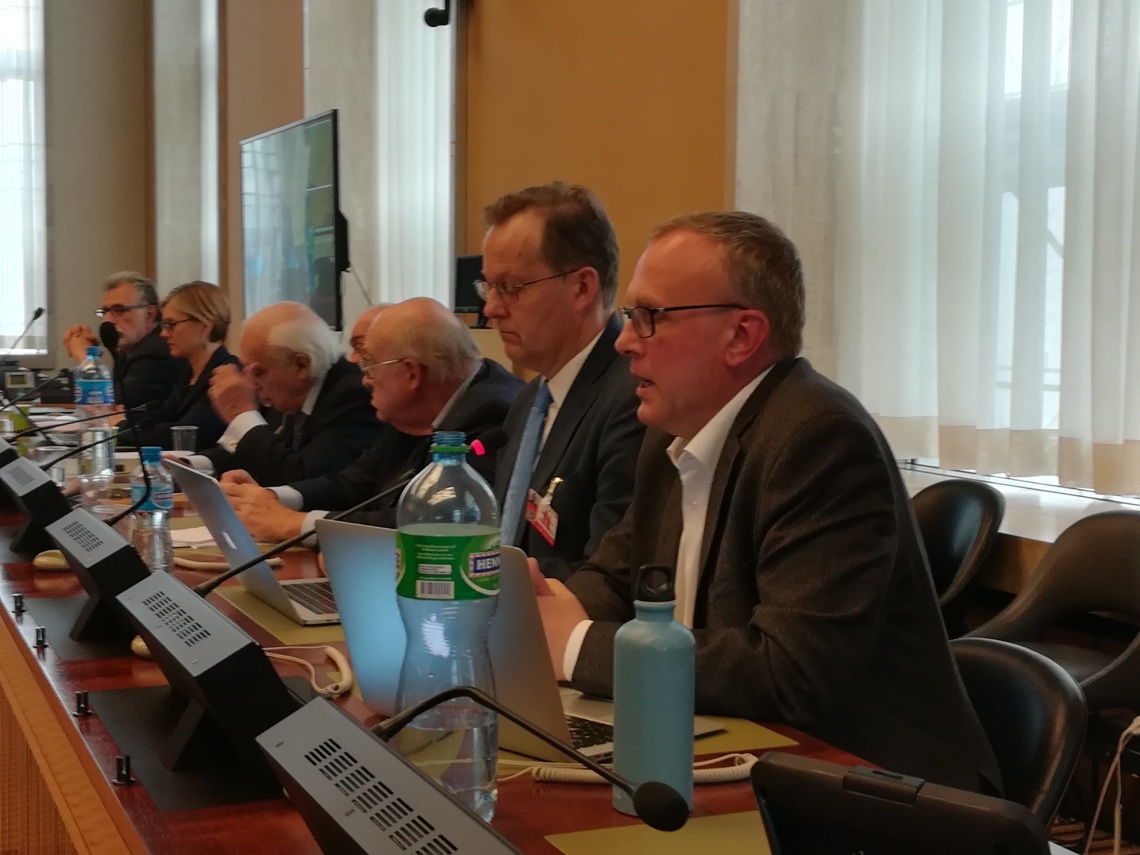 With respect to the notion of a new arms race, the modernization programs underway in the United States and the Russian Federation were a particular focus of discussions. It was noted that Russia is in the middle of a process of modernizing strategic nuclear forces but that the recent US nuclear posture review (NPR) has changed the narrative, by re-emphasizing the role of nuclear weapons and decreasing engagement on arms control measures. Moreover, the expanded range of strategic threats identified in the NPR (alarmingly now including cyber-attacks) is a worrisome trend that could trigger other nuclear-armed States to redefine their nuclear postures. Participants felt that this signalled a particularly dangerous route given the upcoming expiration of the New START. However, it was emphasized that New START must be the vehicle for pushing forward dialogue and discussion in this area. Many were positive that the New START should, and could, be extended for five years to enable discussions on further reductions and a future strategic arms control treaty.

This point set the context for the remaining discussion: conventional wisdom is that, given the levels of strategic weapons stockpiled by the US and Russia (including the very high numbers of non-deployed US warheads), the onus is on them to implement one further bilateral reduction before the process can essentially become ‘multilateralized.’ As the numbers come down, this intersection point will herald the engagement of the remaining nuclear States, as well as a range of interrelated issues. China, India, and Pakistan are all quantitatively upgrading their arsenals and, in parallel with the others, all are performing various qualitative improvements. Ballistic missile development and defence systems equally cut across as a complicating factor to perceptions of defensive nuclear postures. Non-strategic weapons pose an acute problem given the lack of existing treaty coverage – but in fact, such a scenario of future negotiations perhaps presents an opportunity to the remove them early from Europe (even unilaterally) and in doing so, help create mechanisms or a framework to verify their absence.