From 31 July to 10 August 2008 Pugwash President Jayantha Dhanapala visited Japan to help mark the anniversaries of the atomic bombings of Hiroshima and Nagasaki and meet with a wide range of Japanese policymakers and experts. The trip was sponsored by Hiroshima Peace Institute of Hiroshima City University, The Japanese Congress Against Atomic and Hydrogen Bombs (GENSUIKIN), Hiroshima University, and Pugwash Japan. 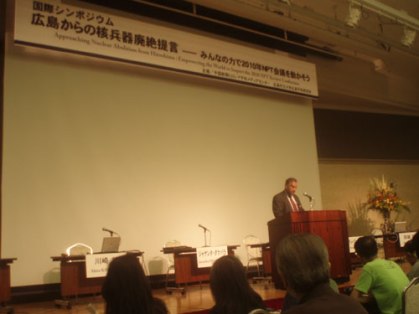 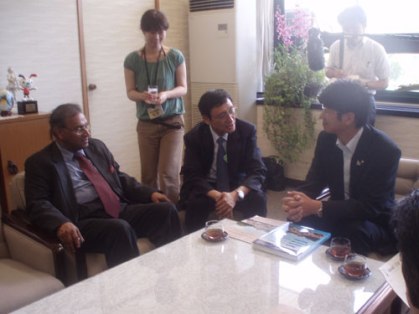 At Meeting with High School Students

Jayantha Dhanapala with members of the Pugwash Group in Japan, 3rd August 2008

Jayantha Dhanapala spoke on video about the NPT: http://www.youtube.com/watch?v=LhQ9AZGtX5U